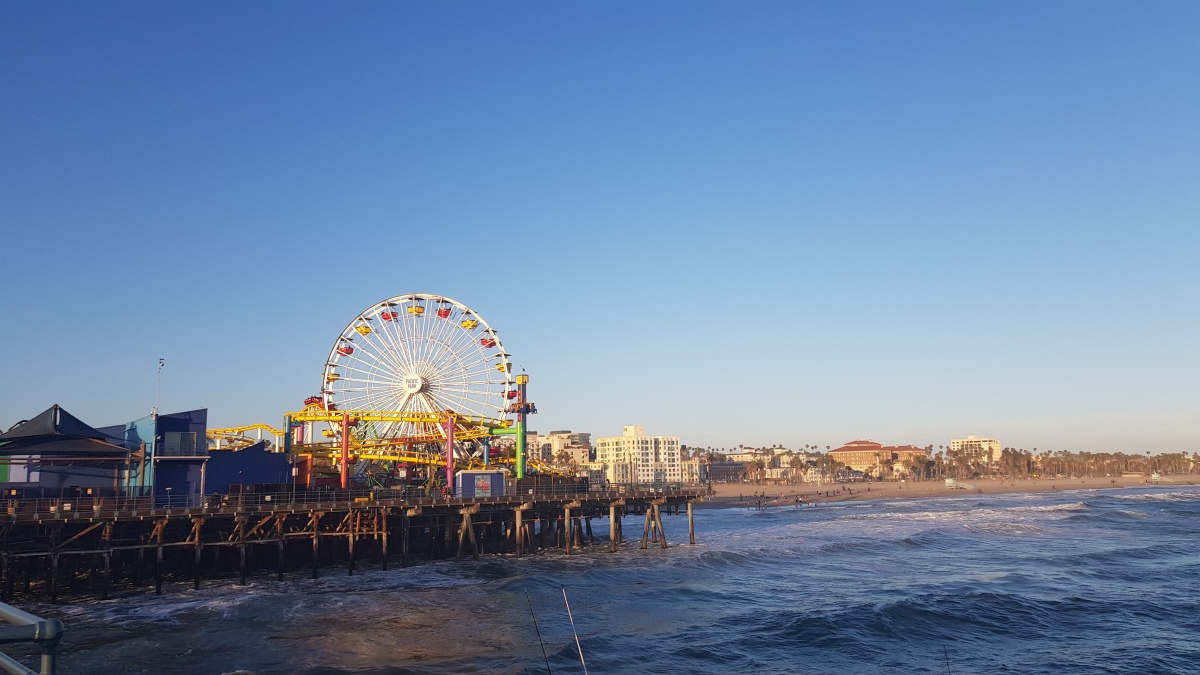 LA is not only famous for Hollywood and celebrities but also for its array of beaches along the coast. Having a month here has given us ample opportunity to visit some of the most popular beaches and whilst we haven’t actually swam at all, it’s not all about the sea!

We’ve visited some of the most well known beaches during our time here so it’s only right they get a post in their own right.

Venice Beach is known for its ‘bohemian spirit’, with street performers, murals and outdoor gym. It appears anything goes including copious amounts of cannabis smoking judging by the lingering aroma. Cannabis is actually legal for both medicinal and recreational purposes in the state of California and it’s not that we have anything against people having a joint just it is one of the things that really sticks in my mind about our visit…that and the 4 metre python sat on the grass, anyway I digress slightly…

We visited one sunny morning and paid $10 for 3 hours parking right near the beach which actually wasn’t so bad as by the time we returned it had gone up to $15! All parked up and ready to explore we headed to the boardwalk.

It’s a lovely beach with golden sand and many people were walking, running, cycling or roller skating down the cycle path for exercise. We were happy with the walking part and explored the boardwalk further. It wasn’t long before we found the famous ‘Muscle Beach’, known for rather public gym workouts.

After Nigel got his breath back we continued our walk along the boardwalk having a look in the shops and checking out the murals.

We decided that as we enjoyed our previous experiences, we would hire some scooters; armed with our apps we had several failed attempts (and several lost dollars) to get them started until finally we managed to get two going…there was no stopping us! We zoomed along the streets headed down to the beach and …….nothing! It appears they don’t work down on the boardwalk or the cycle path …argh! Disappointed we headed back to our starting zone and dropped them off. It cost us $20 dollars to travel 2 blocks 🙄 live and learn!

Anyway back to the boardwalk we went and sat down for a breather from all the excitement when I suddenly spotted a bloomin’ great big python behind us on the grass 😳😳 it had an owner it seems but he was just resting there..Nigel was way braver than I and maintained his position on the bench whilst I watched from a distance.

All in all it was a nice visit, when we arrived it was pretty quiet but by the time we left at midday it was a lot busier. It did indeed have a bohemian vibe and was a nice place to chill, exercise or have a bite to eat. One thing I did note was that besides some grotty public toilets on the beach there weren’t really any restrooms anywhere; most places had signs up including restaurants and coffee shops saying ‘no restrooms’; either come armed with antibac and toilet paper, visit the natural sea facilities or be prepared to hold on!

Technically not a beach but nice enough to warrant a mention especially for those who like kayaking and Stand up paddle boarding (SUP) as the marina water is very calm. We did consider coming back her to have a go at SUP but never quite got round to it however from research it was around $30 an hour to hire the equipment.

It is also possible to have a walk around the marina and check out the boats. Antigua standard super yachts there were not but it made for a pleasant walk and parking wasn’t too expensive here.

Santa Monica Beach is 3 miles long and covers 245 acres of sand. We came here at sunset one evening to visit the famous pier but the beach wasn’t too shabby either.

The pier is the official end of the iconic Route 66, something we didn’t know until we arrived there. The pier was, when we visited, closed to cars and other traffic so if you were just completing the route and couldn’t get to the end you may be disappointed.

The pier is also home to Pacific Park which hosts a solar powered big wheel, an historic 1922 carousel and other fairground rides. If that’s not your thing there are plenty of food and drink choices although most were shut by the time we visited.

We just chilled (literally! It got very cold and windy in shorts and tshirts) and waited for sunset; along with several hundred other people. It was a popular spot and when the sun set you could see why. We enjoyed the sunset but if you visit bring a jacket or hoodie to put on.

There is a small pier at Manhattan beach which displays plaques of the Volleyball champions. Go to the end of the Manhattan pier and you can look left towards Palos Verdes Peninsula. Between the pier and Palos Verdes lie three cities, Manhattan Beach, Hermosa, and Redondo.

It’s beautiful view of miles of sandy beach round to the rocky peninsula that forms the southern perimeter of the bay area. We had a really nice walk along the pedestrian path (Strand Walk) looking at the expensive houses and people being sporty on the beach.

There wasn’t much here in the way of bars or restaurants, not along the strand walk anyway, but go back a street or two and there are loads of them. We visited The Creamery, an upscale, very expensive ice cream shop. It was good though 😊

Altogether it was a nice place and very exclusive especially the bars and the restaurants; we looked at a couple of restaurants but some you would need a loan to visit. A nice place however to spend an afternoon or just chill on the beach.

Malibu probably took the longest to get to due to heavy traffic. It is home to several rich and famous people such as Halle Berry, Miley Cyrus, Jennifer Aniston, Jack Nicholson and Leonardo Di Caprio. We unfortunately did not see any of them! It was a little overcast when we arrived but we did get some sun; we parked near the pier on Surfrider Beach for $10 and had a walk down it.

The views from the pier were pretty nice and the pier itself had a variety of food outlets, craft stalls and even a clairvoyant! Didn’t see that one coming!

We grabbed some food at the Jack in the Box fast food restaurant and went for a long walk down Carbon Beach in front of some of the very expensive houses. It was a long walk and we nearly got cut off due to the incoming tide but was pleasant none the less.

We had a walk back up the main street stopping for a drink on the way and headed back to the car. It was nice but we couldn’t see the celebrity appeal really; however some of the homes were huge and clearly worth several millions of dollars. Nice spot if you’re in the area or want to check out some celebrity hang outs. We didn’t check out Zuma beach or Point Dume which are both known for celeb spotting.

This one is a bit cheating as although there is a long beach this is made up of several smaller named beaches; a little like Malibu. Long Beach is known for having a bit of a chilled vibe with close neighbourhoods and beach activities. The beach has a great walkway and cycling system and we took a stroll down to …you guessed it… the pier.

We had yet another grey weather day for this trip; I’m sure the beach would look much more inviting in sunnier conditions, however that didn’t stop the beachgoers and the sea sport enthusiasts; there is a breakwater here which means that it’s not great for surfing but makes it ideal for SUP and kayaking.

The aim of our afternoon trip to Long Beach however wasn’t all about the beach but also to visit a special lady who was known to frequent my home town of Southampton.

During WWII she was converted to a troopship to carry soldiers from Australia and New Zealand to the United Kingdon. Once the war was over she was again converted to a passenger liner with added extras and again dominated the waters along with the Queen Elizabeth until such time as air travel became more available and profits for transatlantic crossings dropped considerably. She was sold to Long Beach for £1.2 million; saving her from the second lowest bid from Japanese scrap merchants and is now a hotel; she is said to be haunted and both day and night tours are offered around the decks; unfortunately on our visit there was a private function so we couldn’t go in and check it out for ourselves.

Well thats the beaches covered; at least the ones we visited anyway. There are so many more that we haven’t covered but like I said the beachlife is way more than just the sea itself! 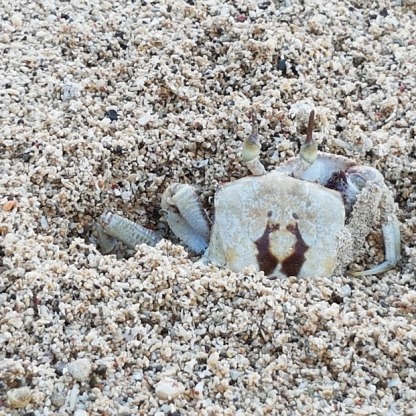 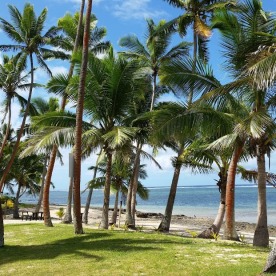 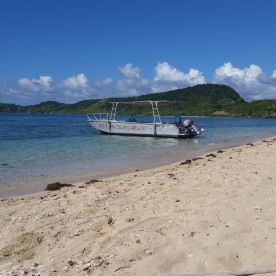 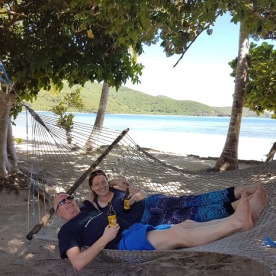 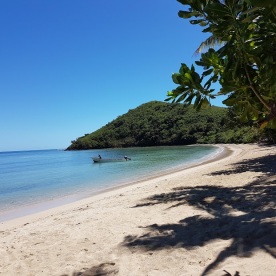 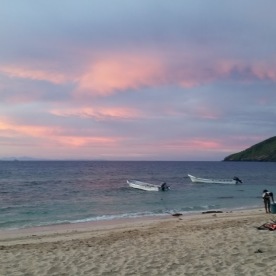 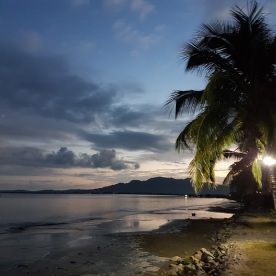 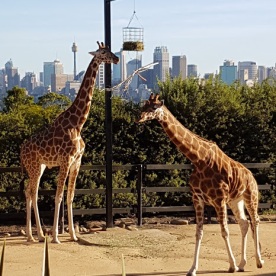 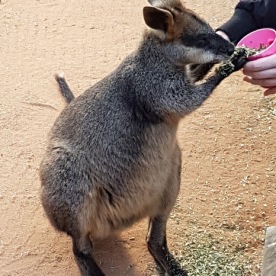 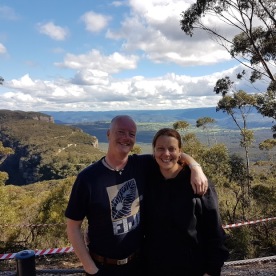 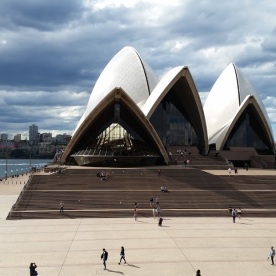 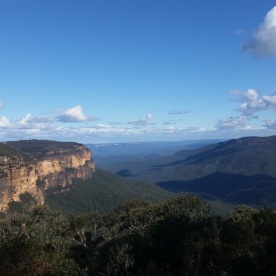 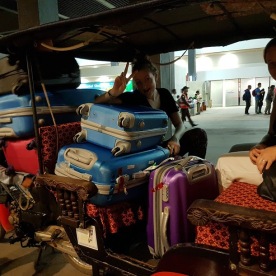 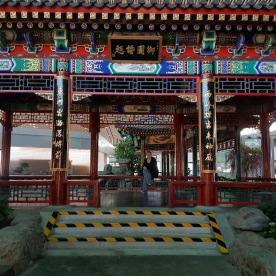 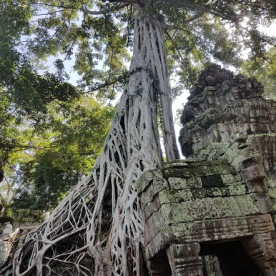 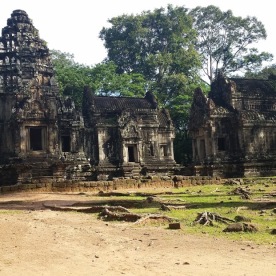 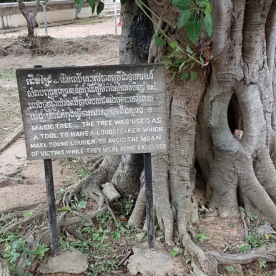 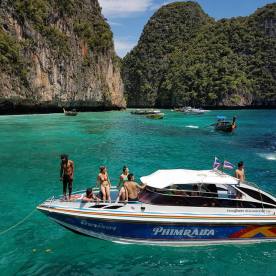 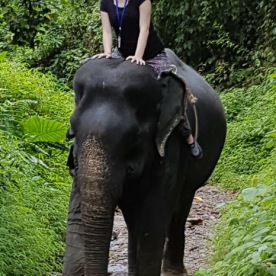 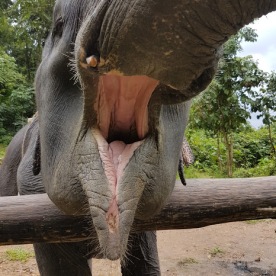 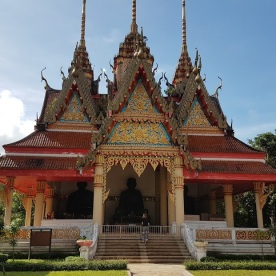 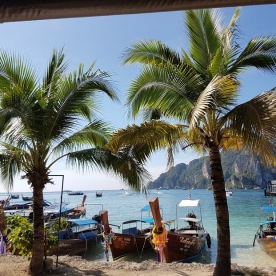 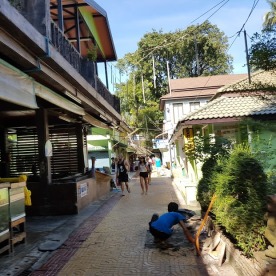